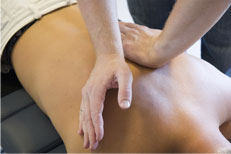 Our story is simple, we strive to reflect the small town rural values you find here in Tea. We understand when you see a chiropractor, you may be experiencing anxiety and of course pain. It is our goal to explain to you what is causing your symptoms, along with making sure you understand how we are going to help you. I was born and raised in Yankton, South Dakota. After graduating from high school, I went on to attend South Dakota State University. I graduated from SDSU with a Bachelors of Science degree and then continued my education at Northwestern Health Sciences University and graduated with a Doctor of Chiropractic degree in November 2003. I wanted to move back to South Dakota so I began practicing at Tea Chiropractic & Rehab and have been in Tea since. Since graduation, I have also obtained certification as a Chiropractic Sports Physician. This requires 120 hours of training in assessment, treatment, and rehabilitation of sports injuries encountered at events and in the office.

During my time in Tea, I have become involved in the community by helping to organize the Tea Area School District Association Golf Tournament, serving as a board member of the Tea Economic Development Association, as well as becoming involved in sponsoring and treating the Tea Area athletes. In my spare time, I enjoy spending time with my family and friends. I also enjoy golfing, hunting, and softball. I am thankful for the opportunity I have had in treating the residents of Tea and surrounding communities and look forward to serving them for years to come. Tracy Lane has been our Office Manager since November 2006. She is originally from Hartington, Nebraska. She graduated from Wayne State College in 1997 with degrees in Broadcast Communications and Advertising. After several years in local media, she decided to pursue a career in the healthcare industry. Tracy lives in Sioux Falls with her husband John, and their Weimaraner dog Felix. They enjoy boating, fishing, watching Husker football, and spending time with their family and friends. 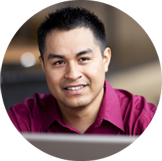 Our mission is to get you healthy as soon as possible. No more repeat visits without any improvement. We help create a plan that is tailored to your condition and symptoms to get you back to life. We are trained in the latest and various types of adjusting techniques and will use the one that you are most comfortable with.